What is a sewage ejector pump? 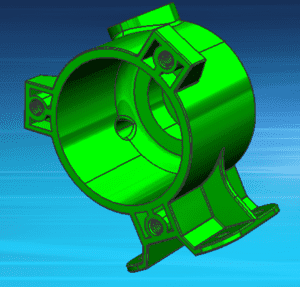 How does a sewage ejector pump work? 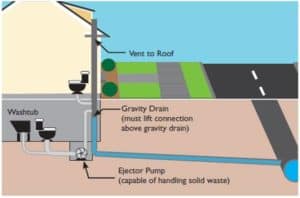 Sewage ejector pumps are used in sewage treatment. They are capable to work in sewage because they can transport solid particles without getting obstructed in their entry or exit points. They are designed and manufactured in a way that helps them to reduce particles to smaller sizes making it easier for them to transport.

Sewage ejector pumps can have technical problems similar to other technical machines. Some of the common problems and their solutions are:

The impeller is blocked. In this case, the pump needs to be removed from the tank and the impeller freedom and shaft rotation observed. The impeller and volute need to be cleaned and any blockage removed.

There is an internal motor defect. When this happens, then the pump needs to be removed, the power disconnected, actuate control switch, and connect to rated voltage. Then a technical expert will perform the repairs and or replacement.

Motor overload tripped. In this case, the pump needs to be given around 10 minutes to cool and then be reconnected again. In case the power trips again, the voltage needs to be checked to see if it is according to the manufacturer’s specifications. If the problem persists, contact an electrician to check the power details and advise accordingly.

Send us a message if you have any questions or request a quote. Our experts will give you a reply within 24 hours and help you select the right pump you want.